Emma Kearsley ran 100 km last month in memory of her grandpa Charles ‘Ted’ Kearsley,  raising more than £650 to say thank you for his care.

Charles, a World War II veteran who would have been 100 on 29th July, received hospice care at his Arnold home in 2016-17 where he lived with Emma’s aunt Julie and family. 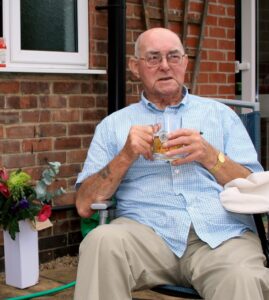 Emma, pictured below with her grandpa, started running last year during the first lockdown. She ran the 100k distance in stints of 5 – 10 k, running through the July heatwave to complete her challenge on what would have been his hundredth birthday. 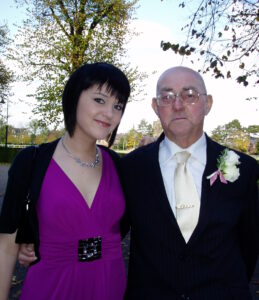 ‘We had help for the last year of Grandpa’s life. At first we had someone with him in the daytime so Julie could go out and take a break, then as he got more poorly they ramped up the care so someone was with him at night. Towards the end he got very anxious at night.’ Emma said.

‘It meant so much to Auntie Julie as she was the main carer for the last few years with support from other family members and carers. As Grandpa needed more care in his last year, a combination of support from carers and Nottinghamshire Hospice meant he could stay at home. The hospice staff really supported her. Everyone worked together as a team. There was a hospice nurse there the night he passed away.’ 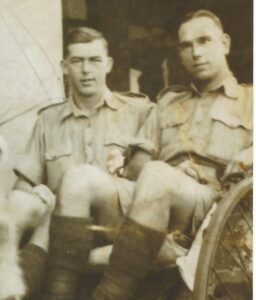 Charles (pictured left above) served in the York and Lancaster regiment, enlisting in July 1939 aged just 17, six weeks before war was declared.  He was awarded five medals including the Burma Star.

His medals were stolen in the 1960s and Emma tried to find them a few years ago. She discovered they had been sold at auction seven years earlier, but all leads ran cold. After he died, Emma joined a World War II Burma Facebook group and was contacted by someone in Australia who asked if she was related to Charles Kearsley. This person had bought Charles’ medals and sent them back without wanting any money for them. 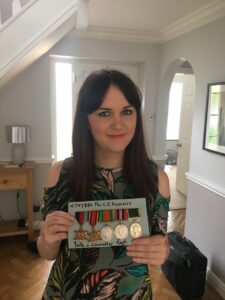 The family were reunited with Charles’ medals a few weeks after his funeral. The man who returned the medals also donated $50 to Emma’s fundraising page.

Charles, who served in India then Burma during the war, was initially stationed for training at Bestwood Lodge in 1940 and while there he went to Daybrook Fish Bar where he met his wife-to-be, Emma’s grandma Irene. 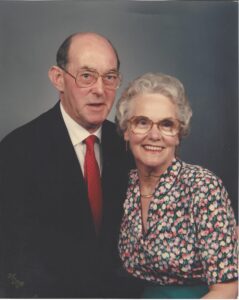 Emma, 34, pictured running with her sister, said: ‘Grandpa would have been shocked that I’m running because although both sisters and one of my cousins are runners, I’ve never run before, not even for a bus.’ 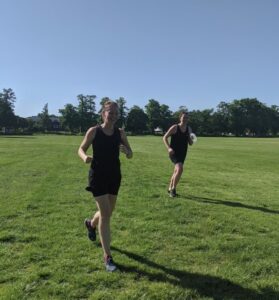 ‘He would be proud though, so it’s great to have done this challenge in memory of him and in celebration of his life, to mark the centenary of his birth. Happy birthday Ted!’

Rebecca Taylor, Community Fundraiser for Nottinghamshire Hospice, said; ‘We’re so impressed by what Emma has done in her grandpa’s memory and we’re very grateful for her support which will help other families benefit from our care.’

Nottinghamshire Hospice relies on the generous support of local communities to raise the £3 million a year it needs to provide its services. If you’d like to take on a fundraising challenge, find out more here.