The project aims to help young people make the transition from children’s to adult hospice services – sparked by a growing need for hospice services for 18-30 year-olds as those with childhood conditions are living longer.

The young people came to a barbecue in the hospice grounds to meet staff, share their views and sample activities on offer. They tried their hand at graffiti art, watched some live music and played board games as well as putting forward suggestions for what they would benefit from at the hospice.

Clair Marshall, young adult key worker appointed to lead the project said: “Advances in medicine mean that children who would at one time have died in infancy are now living well into adulthood, but services haven’t caught up with this.

“In some instances people are still being cared for in children’s hospice services up to the age of 30 so there is a real need for services for people aged 18 to 30. And these services need to be shaped by the young people themselves.”

Among the visitors was 19-year old Jack Bosanquet who has Duchenne Muscular Dystrophy, a genetic disorder which causes progressive muscle degeneration and weakness. Jack – who has just completed his first year at the University of Birmingham where he has a 24-hour care package – would benefit from services at the hospice in the holidays. 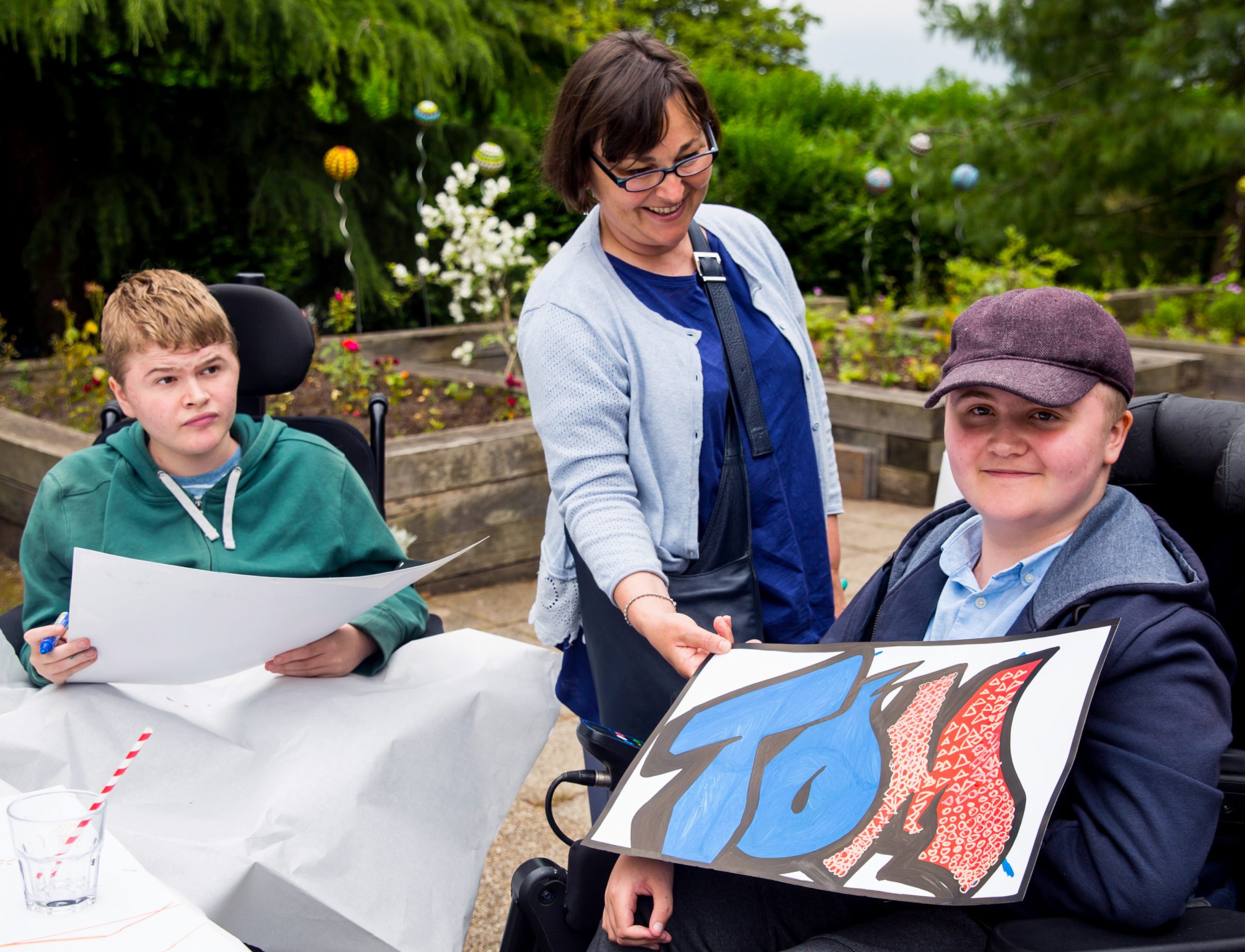 Jack’s mum Claire said: “There’s a massive gap in provision for young people in that 18 – 30 age bracket. Once you’re 18 you just fall off a cliff.

“Places like Nottinghamshire Hospice focus on care and that’s what is missing in a lot of places. It’s about making the most of the time they have and doing what they can do while they can. Jack would definitely get something out of coming here and meeting others in a similar situation.”

Jack’s brother Tom, 16, who has the same condition, also came to the event and contributed his ideas which included wheelchair sports and music activities. Both boys are keen football fans and play for the Nottinghamshire Powerchair Football Club.

Also involved in the group are Charlotte and Tom Hardwick, a couple in their 20s who both have Muscular Dystrophy.

Charlotte said: “There is a real need for social opportunities. A lot of young people with life limiting illnesses are behind socially because their disabilities prevent them from hanging out together and they feel vulnerable in mainstream social situations. In a safer environment like this where there is care on hand if we need it we feel more relaxed.” 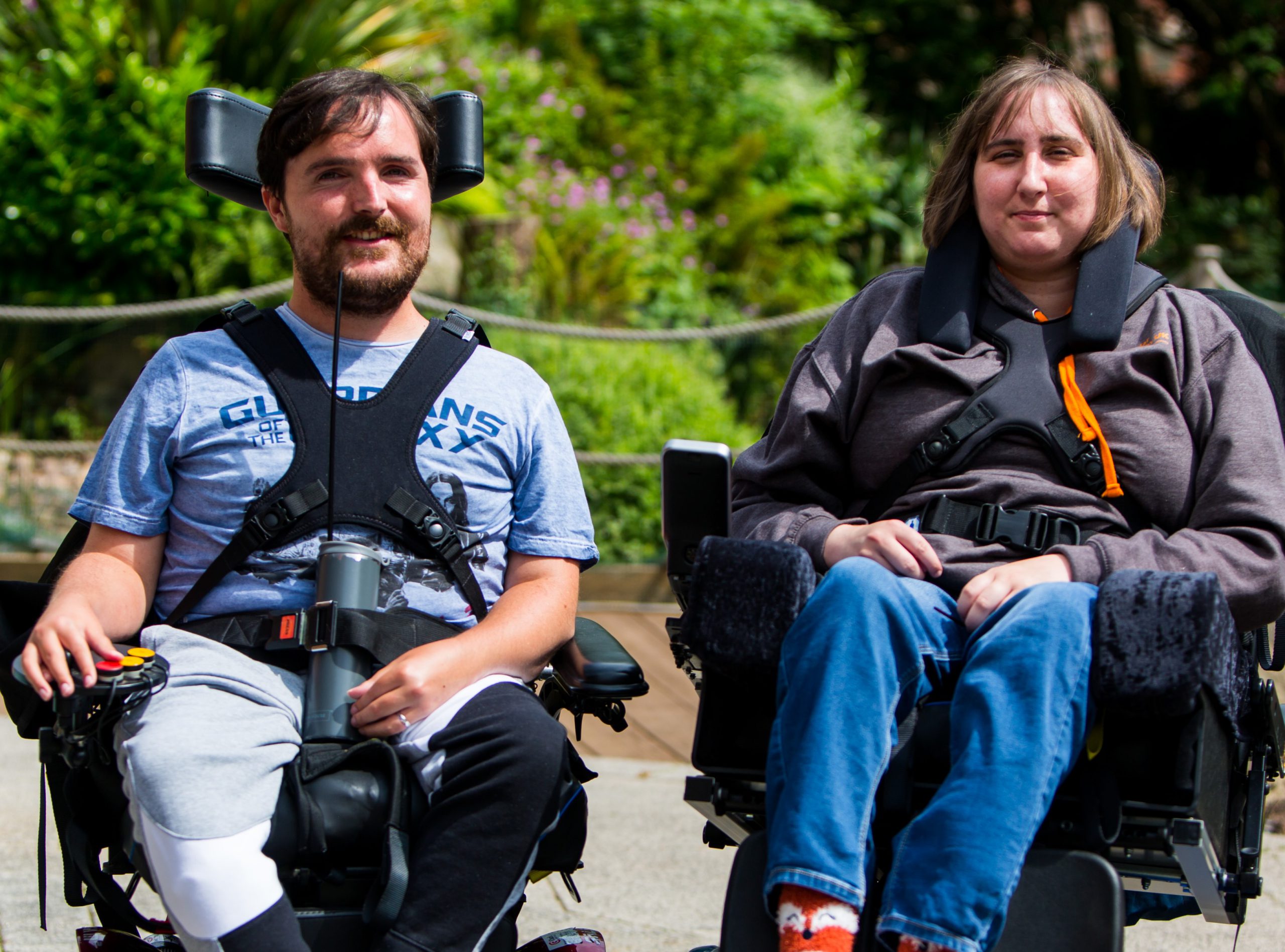 Suggestions inclulded complementary therapies and mental health support as well as evening teaching sessions, CV writing and support to get into work or further education, plus social opportunities such as an alcohol-free bar, gaming,  spa days, eating out and bowling.

Charlotte added: “People with life limiting illnesses just want to do normal things like go to the cinema, but we don’t always get the opportunity.”

The next event planned for the group is a camp-side festival in the hospice grounds on Sunday 15th September, including live bands, fire-eaters, stilt-walkers, make-your-own pizzas and festival face-painting.

The longer-term aim is to arrange regular daytime activities at the hospice for younger people, shaped and led by the young people themselves.

The project has received funding from the Albert Hunt Trust and the Provincial Grand Lodge of Nottinghamshire.

The hospice is keen to hear from other young people with life-limiting illness in Nottingham and Nottinghamshire who may want to get involved in the project. Please contact Clair Marshall on 0115 962 1222 or via this link.