A musician is on the hunt for a Mah Jong set which belonged to his mother, donated to the Hospice shop in Ruddington in autumn 2018.

Guy Phethean, who now lives in Essex, is keen to track down the set, and the associated  hand-crafted wooden racks, which hold precious memories of his mum Kathy who died earlier that year, aged 91 and of his father, who made the racks. 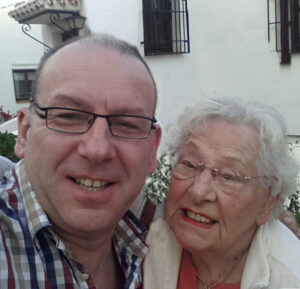 Kathy, pictured above with Guy, used to host regular Mah Jong nights in the family’s Ruddington home where she’d play the game with friends she knew from the war.

Guy, a keyboard player who’s performed alongside rock and pop legends Brian May, Ronnie Wood, Robert Palmer and others, says the set got swept up alongside other items donated the hospice shop after he and his sister cleared their parents’ house. 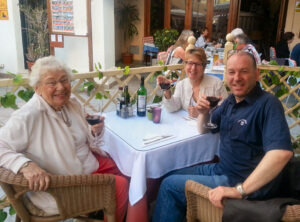 Kathy with Guy and his sister Mandi

“My mum never threw anything away. There were cupboards full of games, jigsaws and other items which got given to the charity shop. We gave most of it to the hospice shop in Ruddington because it was next door to the chemist shop my family had owned since 1908.

“I would love to get it back. It holds fond memories not just of my mum but also of my dad, who made the racks.

“We were regulars at the hospice shop when I was growing up and we used to go there to donate items and buy stuff too.”

Mah Jong is a tile-based game for four players developed during the Ming Dynasty in China, which spread throughout the world during the 19th century. It is played with a set of 144 tiles based on Chinese characters and symbols. 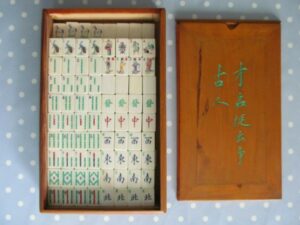 The set and wooden box is very similar to the one in the picture, with the tiles being made of bamboo and bone. The racks which Guy’s father Kenneth made, are wooden and stained mahogany colour with felt underneath. 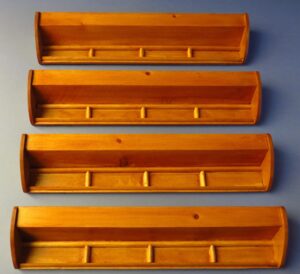 Penny Russell, Retail Manager at Nottinghamshire Hospice says: “If you think you may have the set, we’d love to hear from you so we can put you in touch with Guy. He’d love to be reunited with it and would like to buy it back.”

Guy has also offered to make a donation to the hospice if the set is returned to him.

Can you reunite Guy with his mother’s Mah Jong set?  Get in touch on marketing@nottshospice.org