Study focuses on needs of carers

Carers across Nottinghamshire often feel guilty, lonely and disempowered, according to a targeted study carried out by Nottinghamshire Hospice among those caring for someone with a terminal illness.

Those in a caring role also take less care of their own wellbeing, often feel exhausted and their work and study suffers, according to the focus group conducted with the Greater Nottinghamshire Cancer Forum.  The research, carried out as part of the hospice’s Public Patient Engagement commitment, involved interviews with 31 past and present carers of hospice patients.

Of those surveyed,  84% found it hard to look after their own health, 87% agreed that caring made them focus less on their own happiness and wellbeing, 78% said they felt lonely and 94% felt guilty that they were not doing enough for the person they cared for.

Nearly two thirds said they had lost independence, more than 80% felt exhausted, and 69% felt their caring role had negatively affected their ability to work or study.

“I gave up temporarily my place of work (my own shop), and the abysmal carers allowance went towards paying the rent for the premises, but I knew I had to keep it as when my partner passed away it would be my only source of income.”

“My role has changed from a professional to a carer’s role.”

Social life, time with family and other activities outside the caring role also suffered:

“At times I feel overwhelmed and isolated. Family and grandchildren used to stay but can’t now. I do not have time to attend support groups due to my caring role. I cannot plan anything as it may need to be cancelled.”

Carers also felt ill equipped for in their change of role:

“It was about coping – having to do things I am not trained to do. I felt inadequate at times when he was in bed and I could not turn him or get him in and out of bed.”

Carers are dealing with emotional feelings of loss as well as the physical demands of caring for a loved one.

“It made me feel sad because he was such an independent man. He was not the man I married. The sudden change was sad for me.”

Those surveyed ranged in age from 18 to more than 85 with the majority being in the 65-84 age bracket, and more than two thirds were women.

Asked about support, responses were appreciative of the help Nottinghamshire Hospice provided, but several people felt the services offered should be expanded.

“The hospice does a wonderful job with limited resources – I feel that if support could be increased it would make a difference.”

However some people felt other agencies were less helpful.

“Support promised by the majority of agencies failed to materialise.”

“You only seem to get to know what is available after the person has passed away.” 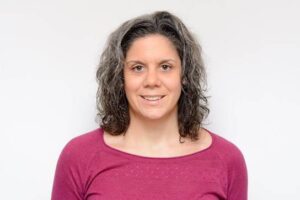 Liz Morgan, Clinical Nurse Specialist at Nottinghamshire Hospice, who commissioned the study, said: “The survey has highlighted that the need is great and the burden and guilt felt by carers is often overwhelming. It has also highlighted that they care, by themselves for long periods of time, with little support and can often feel isolated.

“Carers are often older and their own health needs come second to those they are looking after. Families are complex and there is often an assumption that family members will help when for whatever reason they can’t.

“It was felt that hospice services were supportive but again these were not always sufficient, so we are now looking at the responses and suggestions to see how we can develop and shape our services appropriately.”

Nottinghamshire Hospice supports carers through its three main services. Hospice at Home provides dedicated day and night palliative care for patients in their own homes, taking the pressure off carers and enabling them to get some sleep. The Day Therapy unit provides care, help with symptoms, physio and occupational therapy for patients along with massage, wellbeing and arts activities, providing respite for carers. The hospice also offers counselling and support for carers before and after the death of a loved one.

Nottinghamshire Hospice is considering some of the suggestions made by carers including:

To learn more about our support for carers go to https://www.nottshospice.org/our-care-services/#carer

The findings of this focus group mirror research carried out nationally by Carers UK in the State of Caring report in which carers reported feeling isolated, depressed and unsupported, and said that their own health had taken a lower priority as a result of their caring role.